Soulful Drumming in Service to the Music

The Dawn of Indian Music in the West 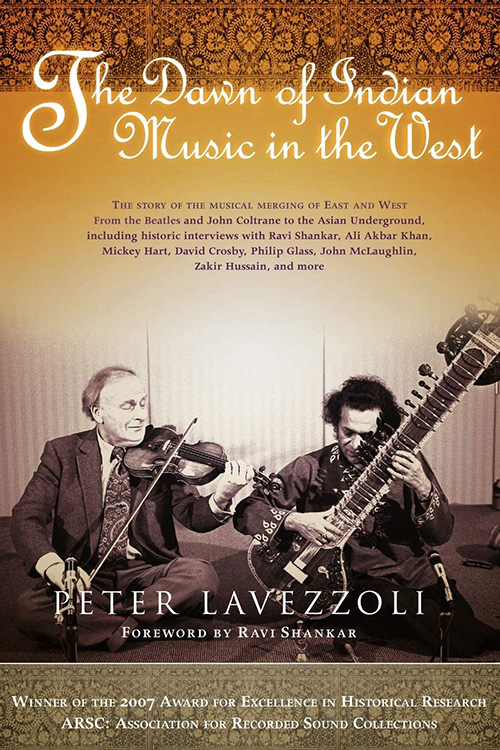 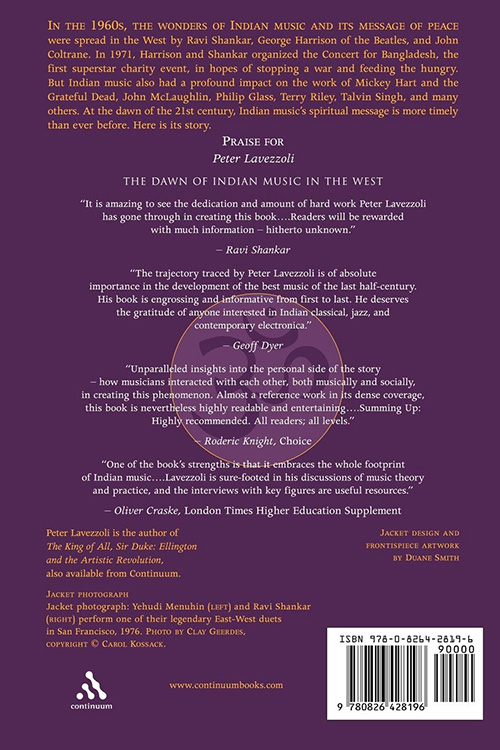 “The Dawn of Indian Music in the West,” by Peter Lavezzoli. Foreword by Ravi Shankar. In the 1960s, the wonders of Indian music, and its unique message of peace, were spread in the West by Ravi Shankar, George Harrison and the Beatles, John Coltrane, and others. In 1971, Harrison and Shankar organized the Concert for Bangladesh, the first superstar charity event, in hopes of stopping a war and feeding the hungry. But Indian music also had a profound impact on Mickey Hart and the Grateful Dead, Philip Glass, John McLaughlin, and many others. At the dawn of the 21st century, Indian music’s spiritual message is more timely than ever. Here is its story.

“The trajectory traced by Peter Lavezzoli is of absolute importance in the development of the best music of the last half-century. He deserves the gratitude of anyone interested in Indian classical, jazz, and contemporary electronica.” – Geoff Dyer

“When reading this book, you really feel you are being guided by someone with a highly developed intuitive feel for integrity and truth in music. The interviews with the musicians are not your average magazine interviews, as the central concern of Lavezzoli is always wisdom, and his questions are always subtle and searching.” – Kate Wharton, Straight No Chaser

“It is amazing to see the dedication and amount of hard work Peter Lavezzoli has gone through in creating this book. Readers will be rewarded with much information, hitherto unknown.” — From the Foreword by Ravi Shankar

The King of All, Sir Duke 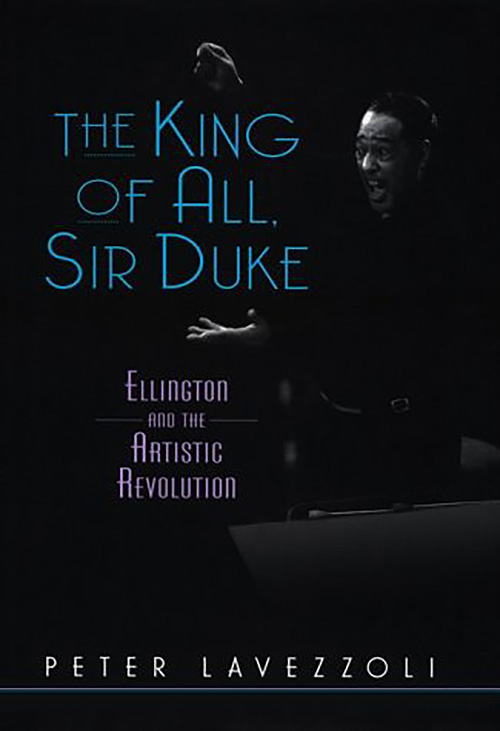 “The King of All, Sir Duke,” by Peter Lavezzoli. Nearly half a century after his death, Ellington’s influence and musical legacy live on–often in unexpected ways, as Stevie Wonder sings of Ellington in his hit song “Sir Duke.” This fascinating book begins with the life of Ellington before going on to interviews with former Ellington colleagues who discuss Duke’s working methods as a composer and bandleader. Lavezzoli also considers Ellington’s influence on artists as diverse as Stevie Wonder, Steely Dan, Miles Davis, Frank Zappa, and Charles Mingus.

“There’s a lot to appreciate and commend in “The King of All, Sir Duke.” Ellington fans will enjoy Lavezzoli’s interviews with drummer Butch Ballard (best-heard on Ellington’s 1953 Capitol piano trio recording), and arranger/orchestrator Luther Henderson, both of whom discuss Ellington’s methods of composing and bandleading.” – Ken Steiner, Duke Ellington Music Society

“What author Peter Lavezzoli captures so elegantly about Duke was the man’s high principles and his innate ability to share musical visions accurately and with style. If you read only one jazz book this year please make this the one you decide to read! A truly remarkable book which paints an accurate work of the complex caring man that was Duke Ellington.” – Lee Prosser, Jazz Review